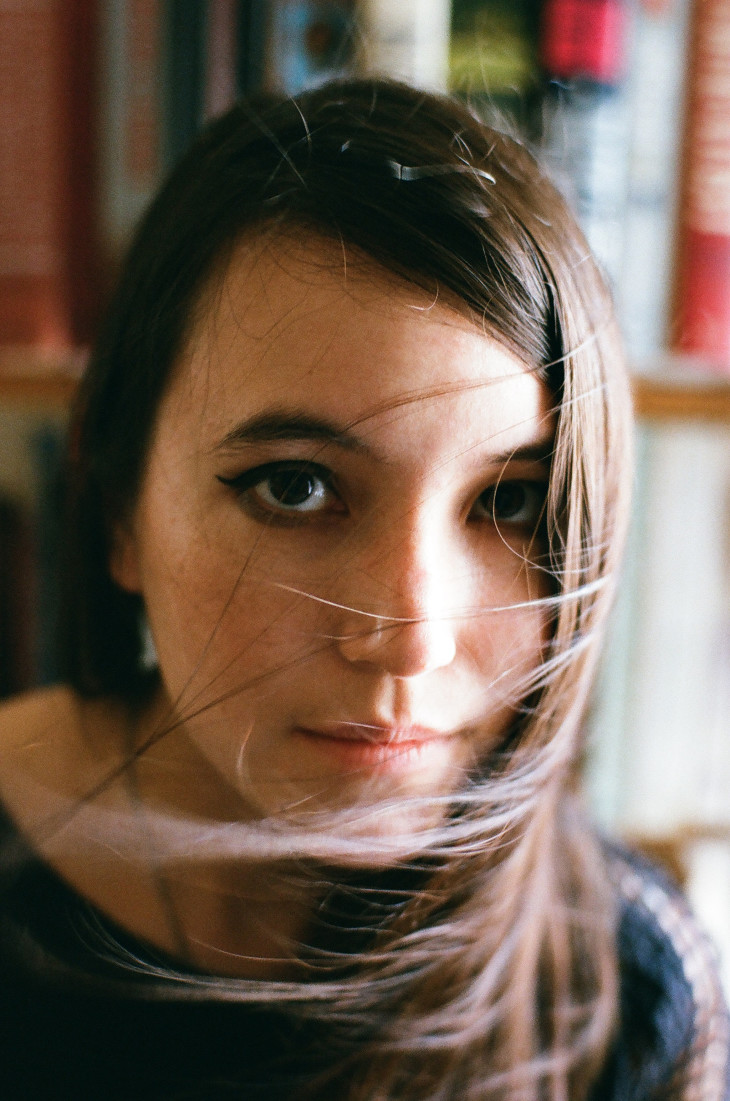 ALEXANDRA KLEEMAN'S 'YOU TOO CAN HAVE A BODY LIKE MINE'

Alexandra Kleeman’s début novel You Too Can Have A Body Like Mine is a mesmerizing exploration of consumer society: what it does to bodies and how bodies navigate in it. At once eerie and funny, Kleeman’s dystopian tale follows the strange peregrinations of A, a young woman who works as a proofreader, lives with B, an uncannily identical roommate, and dates C, a “happy camper,” whose place is “nice the way car dealerships are nice: clean, spacious, cold, and full of light.” A is not too unhappy with her life, but, in contrast to her boyfriend C, who’d rather be living in “a boring town,” she sees her surroundings as unquestionably “weird.” A notices weirdness all around her: from TV commercials flickering on the screen in front of her to the workings of her own body. Moreover, A questions the whole premise of happiness: “This is happiness, I thought as the air-conditioning droned behind me like a single monstrous insect. My face tingled or was falling asleep on one side. I had hoped happiness would be warmer, cozier, more enveloping. More exciting, like one of the things that happen on TV to TV people instead of the calming numb of watching it happen.”

A intuits that something’s amiss in her world, even if she can’t quite pinpoint the problem. She just feels that she’s “hungry for something more substantial than an orange.” Seeing this world through a female perspective is an important æsthetic choice, and not only because Kleeman tackles the genre of dystopian fiction, an arena still largely dominated by male authors and such literary giants as Thomas Pynchon and Don DeLillo.

“Women have a unique relationship to consumer culture,” says Kleeman, who contributed a short story to our tenth issue. “Like frogs. Frogs have permeable skin that easily absorbs chemicals, so they respond to environmental changes and stress and are good indicators of what’s going on in the environment.” Indeed, Kleeman doesn’t just satirize the beauty industry—her fiction goes deeper than the skin to show how capitalism doesn’t just fulfill various niches, but also creates niches we didn’t know could ever exist and stocks desires we didn’t know we could have. “Like prescription drugs to make eyelashes grow,” says Kleeman. “Mascara and eye pencil used to be all you needed, and then all of a sudden one’s eyelashes could be considered short, inadequate, and in need of treatment.” In Kleeman’s novel, it’s an edible face cream that promises inner beauty.

More powerful still, Kleeman creatively manipulates the very form of the advertisement, exaggerating and stretching it to its limits until it turns to something poetic in her fiction. Kleeman mentions that, since she was a child, she’s been sensitive to and fascinated by TV commercials, feeling that those ads “wanted a reaction” from her. In particular, she remembers being worried about the fate of Tricks, the Trix rabbit. “I kept thinking, ‘Was he going to be okay? Was he going to get the cereal? What happens to him after the commercial is over?’” In her novel, Kleeman imagines a prolonged and recurring narrative of Kandy Kat, a brilliant mascot for the fictional product Kandy Kakes, and we get to see just how sad the afterlife of a commercial creature is. After all, the disturbing slogans of the sugary product are “KANDY KAKES. REAL STUFF. REAL GOOD.” and “KANDY KAKES. WE KNOW WHO YOU REALLY ARE.”

Science plays a central role in Kleeman’s novel and in her intellectual interests. “I think science is crucial and we should reckon with it,” says Kleeman, who gives prominence to biology—a science that, in her view, explains to us how we function, which is not at all intuitive. Like biology, You Too Can Have a Body Like Mine uncovers the way we get by today, in all its mysterious and unnerving reality. Yet it’s not just the profound strangeness of the human body or the human fate that one ultimately takes away from the book, but the urgent cry to be a conscious-thinking agent, to notice that we, indeed, live not in a “boring” world, but a “weird” one.

You Too Can Have a Body Like Mine is out now from Harper.