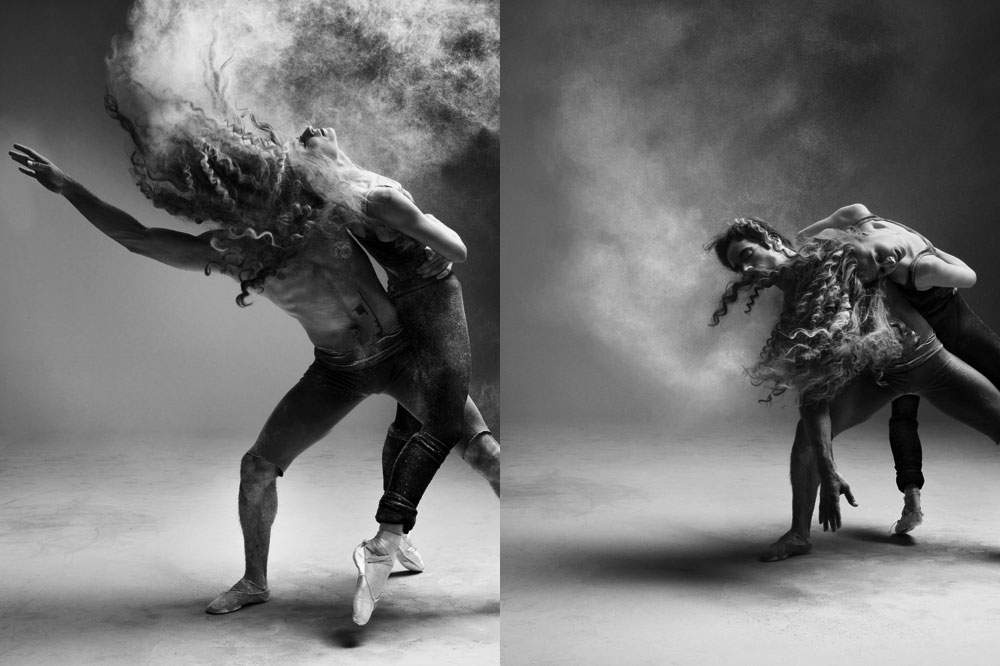 FROM THE ARCHIVE: BENJAMIN MILLEPIED, FALL 2009

We’ve been around awhile now, and we know a lot of our readers might not have had the opportunity to experience our earlier issues. So we wanted to give you the chance to discover one of our favorite stories from our archive every Friday. Some of them feature actors, musicians, or artists who eventually made it big, talents we are proud to have tapped early in their careers. Some have brilliant writing, and some have beautiful photography. Some have both. But all of them are so great we thought they deserved a second chance. This week we present Jonathan Shia’s Fall 2009 profile of former New York City Ballet principal and choreographer Benjamin Millepied, who returns to his former company with a new work next month.

August is traditionally a month for seaside escapes, and it was no different for acclaimed choreographer Benjamin Millepied, who spent the month at Vineyard Arts Project, the Martha’s Vineyard studio space where he and his pick-up company, Danses Concertantes, rehearsed for a set of European performances in the fall. “It’s a really gorgeous facility, amazing for anybody who wants to create a new piece,” he explains. This fall Millepied’s ambitious staging of “Without”—a piece he showed to great acclaim at his company’s Joyce Theater season last December—will debut in France, but it’s just one of many productions he’s planned for 2009.

Millepied, a native of Bordeaux, is a stellar dancer in his own right—he has been a member of New York City Ballet since 1995 and a principal there since 2002. But since his first work in 2001, for the Conservatoire National de Lyon, he has become renowned for his choreography as well. In works like “28 Variations on a Theme by Paganini” for the School of American Ballet; “Amoveo” for the Paris Opéra Ballet; and “Quasi una fantasia,” which was performed by his home company during its spring season earlier this year, he has demonstrated a clean and precise vision of modern ballet and a frank sensibility that owes much to Jerome Robbins, a man whose work comprises a major part of City Ballet’s repertory, and someone whom Millepied has often cited as an influence.

Millepied is currently working with filmmaker Asa Mader and another important mentor, Mikhail Baryshnikov, on “Years Later,” a collaboration that the legendary dancer is performing across the United States and Europe this year. In the work, Baryshnikov dances a duet of sorts with his own image, a video of his adolescent self demonstrating the nascent skill evident in his world-famous leaps and spins. “We came across this footage that I hadn’t seen, which was him at age fifteen at the Vaganova school demonstrating exercises from the syllabus,” Millepied recalls. “It was extraordinary, so we decided to edit it and use the best moments against a soundtrack. It’s this idea of watching himself doing these things then, and him doing them now, so it’s very moving.”

Millepied’s next major commission is a work set to a selection of compositions by David Lang, who won the Pulitzer Prize for music last year. The as-yet-unnamed piece, which will be one of the featured premieres at American Ballet Theater’s fall season at Avery Fisher Hall in October, is his second for ABT, following his celebrated “From Here on Out,” set to a score by post-minimalist composer Nico Muhly. But it is still City Ballet that Millepied returns to. Speaking of “Quasi una fantasia,” his first major work for the company, which also featured the NYCB principal dancer Janie Taylor (pictured here), he explains, “Working there was great, of course, because it’s my home, where I grew up as an artist after going to the School of American Ballet. It’s where I decided to dance. It was a great honor to work there, finally on the other side. I know the house, I know the dancers. They work really hard, and they never complain.”

Besides the Danses Concertantes members, culled from the ranks of City Ballet, ABT, and Seattle’s Pacific Northwest Ballet, Millepied was also joined at the Vineyard space by several performers from the Paris Opéra, which will be reviving both “Amoveo” and his “Triade,” first performed as part of an “Homage to Jerome Robbins” evening last year. His own dancers will be preparing for their trip to Germany and France, which features an important new work premiering at the Cannes International Dance Festival at the end of November. But lest anyone, amid his choreographic frenzy this autumn, forget that Millepied is a star dancer as well, part of his time at the Paris Opéra will be spent on stage, in the “Rubies” portion of George Balanchine’s classic Jewels. He mentions this appearance, sure to be a hot ticket at the Palais Garnier, almost as if it were just one more stop on this year’s whirlwind tour across the globe. “And that’s about it at this point.”

Benjamin Millepied’s new ballet for New York City Ballet will première on May 10.