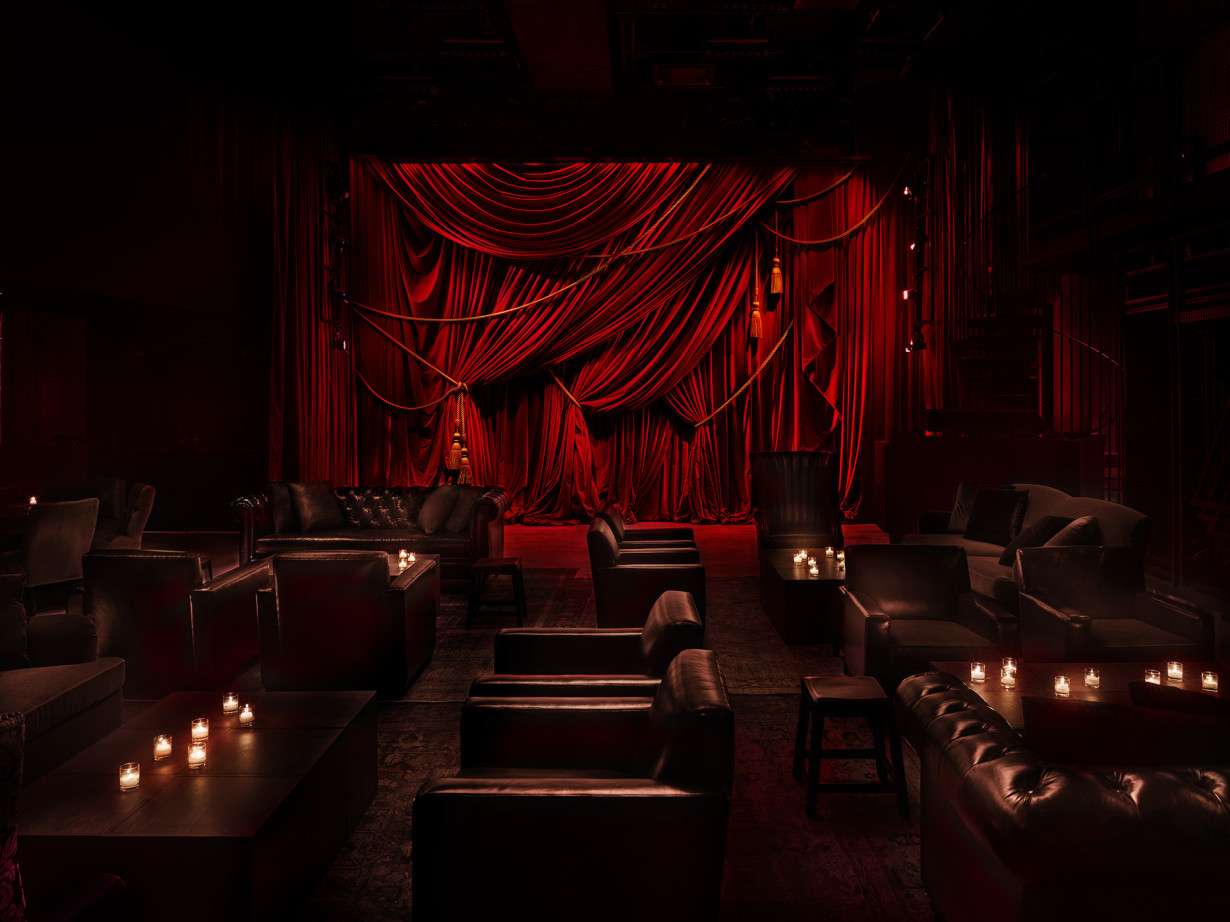 “It was the smoothest nightlife transition of all time,” describes Carlos Quirarte, referring to his partnership with the hotelier Ian Schrager on Public Arts, the subterranean nighttime venue at the Public Hotel on Manhattan’s Lower East Side. “We met Ian about three years ago, right around the time we were closing [the club] Westway. We were sitting in the office and he goes, ‘Oh, you guys have to see my new project,’ and he shows us the building he built on the West Side”—160 Leroy, the Herzog & de Meuron-designed condominium in the West Village—”and goes, ‘Wait a minute, isn’t your club down here?’ And I go, ‘That is where our club is. That’s the building.’”

It was another twist of fate then, that Schrager would entrust Quirarte and his business partner Matt Kliegman with running a venue at his biggest project in years. “I think he liked how we did things, how democratically we work,” Quirarte offers. “We don’t really have an elitist approach to nightlife. I think he took a liking to that.” Public Arts is a major piece of the recently opened hotel, serving as a multi-disciplinary space that has hosted film screenings, concerts, stand-up comedy, and more. Though the performance space is a part of the hotel, it has a separate entrance, and Quirarte is intent on establishing it as a distinguished venue in itself.

Part of that was simply realizing how the industry has transformed since he first got his start. “For us, we recognize nightlife has changed. It used to be the suits were the weekend warriors and the creative people were partying all week, but that’s not the case anymore,” Quirarte explains. “Creative people have serious jobs they have to be up early for.” Rather than respond by creating a typical club, the team focused on developing unique programming, with no two weeks being exactly the same: “We wanted to give you those options. Maybe you’ll go to a comedy show on a Tuesday, maybe you’ll go to magic show on Wednesday, and maybe you want to do karaoke on Thursday.” That’s not to say there hasn’t been a fair share of club nights as well, as indicated by the hordes lined up on Chrystie at midnight every Saturday, but the priority continues to be collaboration, providing artists and creatives the space to deliver performance-based experiences. Already that has translated into a diverse lineup. There have been a string of concerts following Patti Smith’s on opening night, with indie-rock stalwart Grizzly Bear most recently taking to the stage. PUBLIC Arts was the chosen venue when Swizz Beatz debuted his Bally partnership, bringing performances by Slick Rick and A$AP Rocky with him. Choreographer Jonah Bokaer premiered a new dance performance called “Bowery Myths” with DJ Spooky providing the music, Janet Mock did a book signing for her memoir Surpassing Certainty, and the venue served as a backdrop for a voguing dance-off during Pride Week. All of this has blended in with the hotel offerings, and a complete and integrative experience has begun to take form.

“What is most exciting is to see how activated the entire hotel is,” Quirarte explains. “We did a big concert in our venue, but there was an event on the roof. Just watching people in the lobby, congregating, people playing pool upstairs, people outside playing chess that I thought no one was ever going to use.” Though major hotels slowly grow into their character, Quirarte has felt a strange sense of ease with the Public opening. “It’s funny to see something do exactly what it’s supposed to. It’s been interesting to kind of work backwards—it’s doing exactly what we wanted it to, now we’ve got to figure out how to keep up with it. It’s been great.”

Right now, there’s a lot of excitement around Public Arts, much of it stemming from Quirarte’s own enthusiasm for the programming ahead. But he insists on leaving some sense of wonder, relishing the opportunity to do nightlife with a nightlife legend. “I think the reason people went to Studio 54 was you never knew what was going to happen. You didn’t know if Brooke Shields was going to come in on a white pony. You just had no idea. That’s what it was like when I first did a party. You never knew how crazy it was going to get, and people showed up religiously every Saturday. We didn’t tell anyone Patti Smith was playing until the day of [the Public opening]. People didn’t know Questlove went on after, but people danced until four in the morning. And that’s what we want. If you miss it, you miss it—come back next time. I think it’s different, and if it ends up just being me and Matt dancing to Questlove, I’m totally fine with that.”