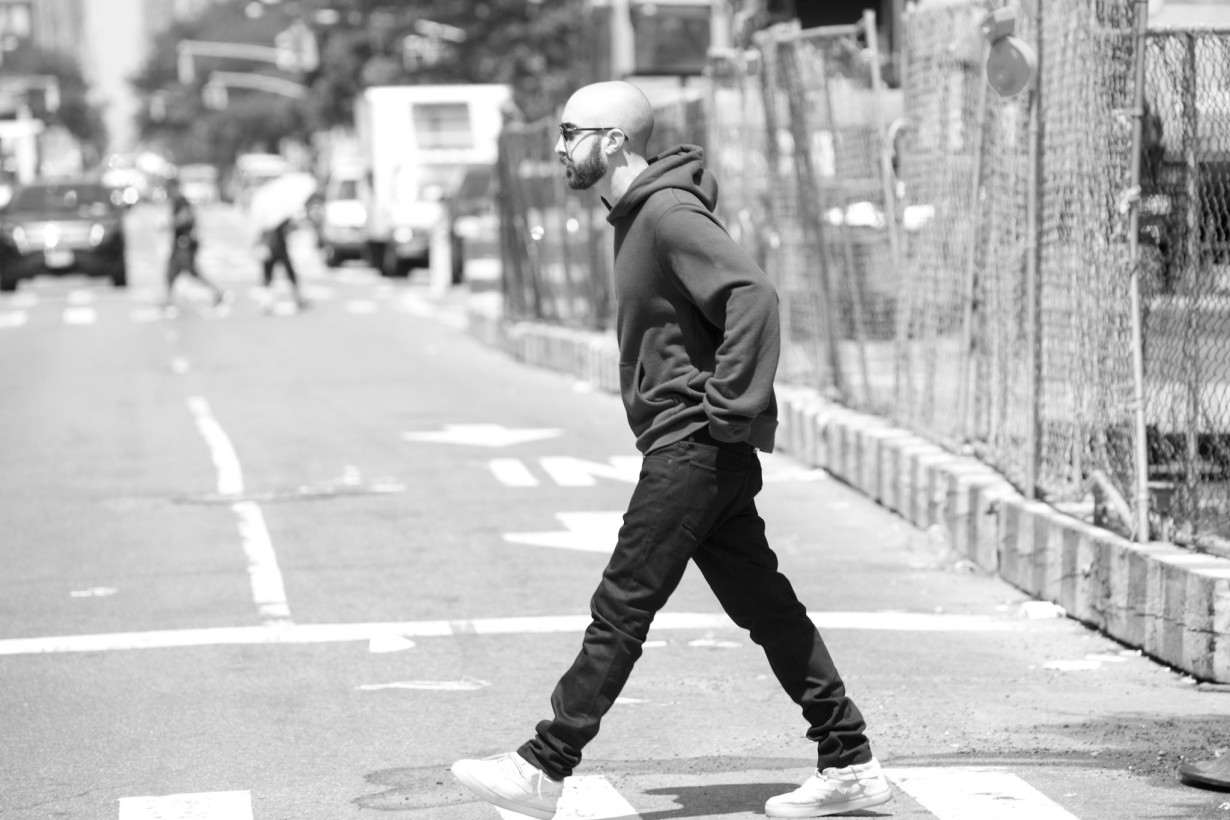 The East Coast will forever remain the rightful home of pure, uncut rap music. It is where many of the genre’s seminal artists emerged during New York’s infamous block parties of the Seventies—old-school legends like Grandmaster Flash, Afrika Bambaataa and the Sugarhill Gang—and where so many of rap’s defining landmarks continue to transpire. Who could forget the years marking the turn of the century when East Coast rappers like Nas, Busta Rhymes, Jay Z, and 50 Cent were dominating the airwaves with their self-assured lyricism, heavy hooks, and sharp wordplay?

For hip hop producer Michael Volpe, or Clams Casino as he is better known to his fans, the story starts here. “I first started listening to hip hop in the late Nineties—a lot of East Coast, New York hip hop, stuff like that,” he recalls. It was the period of rap music spilling over into the early Zeros that Volpe credits as the most influential time for him, musically speaking. For the then-fourteen-year-old, the next logical step was to purchase a sampler and start producing beats of his own.

Many years on from his early bedroom beat-making, the 29-year-old New Jersey native has plenty to feel good about. Since arriving on the scene in 2011 with his game-changing Instrumental Mixtape, his first of three acclaimed beat tapes under the guise of Clams Casino, Volpe has become a respected artist in his own right. He has accrued what could only be described as an unrivaled catalog of collaborations—A$AP Rocky, Lil B, FKA Twigs, and Blood Orange among them, not to mention the official remixes he has produced for hit machines like Sia, Lana Del Rey, and Florence and the Machine. It would be a mistake, however, to assume that any of this came easily. “When I decided to take it seriously and get my beats out, the internet seemed like the best way to do it at the time, so I would use MySpace to send messages to artists’s and rappers’s pages. I would send out twenty or thirty messages a day asking what the best email was to send beats to,” Volpe explains. “That was it for two years, just building up that list of email contacts and sending beats out.” It was a slow burn fueled by patience and determination that above all awarded Volpe space and time to tinker away behind closed doors, crystalizing what would become his very own class of sonic logic.

Eventually, Volpe caught the attention of rapper Lil B, who was fast emerging as an eccentric, versatile, and brilliantly warped artist. “I was a big fan of his group, The Pack, and after a couple of weeks he answered, so that was a big one for me,” Volpe recalls. And so began a partnership that saw the rapper and producer reveal a bunch of breakout productions including Lil B’s 2009 track “I’m God.”

From the get-go, the young beat maker set himself apart from rap’s status quo, showcasing a distinct style of woozy, wistfully trippy, synth-laden productions for which he has become synonymous, awarding him labels like “influential,” “highly-imitated,” and “progressive.” “I’m happy that people recognize that I’m doing my own thing,” Volpe says. “To be recognized as somebody who’s an innovator—I’m happy that people describe me as that because it’s really what I like to do and what I set out to do.” With his technical dexterity and out-of-the-box thinking, Volpe has contributed to a larger conversation, effectively shaping a new territory for rap production that goes by the aptly named Cloud Rap—a spacey, cyber-born hip hop subgenre heavily popularized by indie artists and bedroom producers.

It’s a 94-degree day when we meet. New York is in the middle of a heat wave and Volpe has just wrapped his shoot, which may have entailed donning sweatshirts in the blistering East Village streets below. But Volpe doesn’t mind, because this week also marks the release of his début album, 32 Levels, for which the humble beatsmith has received quick praise. It’s an album that brought with it an explosion of deviated, dreamlike atmospheric and sedated beats that further establish its creator as one of hip hop’s more original minds and left-of-center producers.

In making 32 Levels, Volpe subverted all outside pressure, toiling away in earnest for two years with new sampling techniques and fresh sounds. “I experimented for a couple of years not really knowing what was going to happen. I never had any expectations for what it would come out like, so the whole thing has been a surprise as I went along,” he says. There’s a distinctly easygoing quality surrounding Volpe that visibly mirrors the artist’s gentle yet uncompromised approach to his craft—an approach that, judging by the wide-ranging roster of guest features on his twelve-track début, lends itself well to collaboration. “It’s cool because we usually meet somewhere in the middle. They’re happy to do something that maybe they can’t do with their own projects, so it’s a little bit of freedom for them, and for me, it helps push me out of my comfort zone,” Volpe says. “It’s like coming from both of these sides to make something that neither of us would have done otherwise.” With collaborations spanning from musicians with whom he had previous working relationships like A$AP Rocky, Lil B, and Vince Staples to new recruits including Kelela, Sam Herring of Future Islands, Joe Newman of alt-j and Kelly Zutrau of Wet, as one may concede the album is expansive and unquestionably ambitious in its handling of such disparate sonic, vocal, and lyrical components. “I wanted to cover a wide range of moods and emotions,” Volpe explains. “Anybody that I respect and think is doing their own thing or who has distinctive voices like Sam Herring, I reach out to and see what happens.”

As Volpe tells, there is no tried and tested formula in place. “Each song is different and each artist is different,” he says. “Some of the songs have come about from beats I’ve made on my own and other times we’ll start from scratch, we’ll go into the studio and start playing things and writing together.” Yet despite such variables, the production of 32 Levels remains unmistakably Volpe—at once an ode to classic hip hop and a firm push towards a new paradigm for rap production.

Beyond a forthcoming tour that will see Volpe traversing the globe right up until February next year, the ambitious stylist cites film scoring as an endeavor he would like to explore one day. “I think it’s a natural progression for me, my music and sound,” he says. But in true Volpe style, there is no rush. “When the time is right for all that, it’ll happen. I don’t really force anything. When the time is right, I’ll know.”