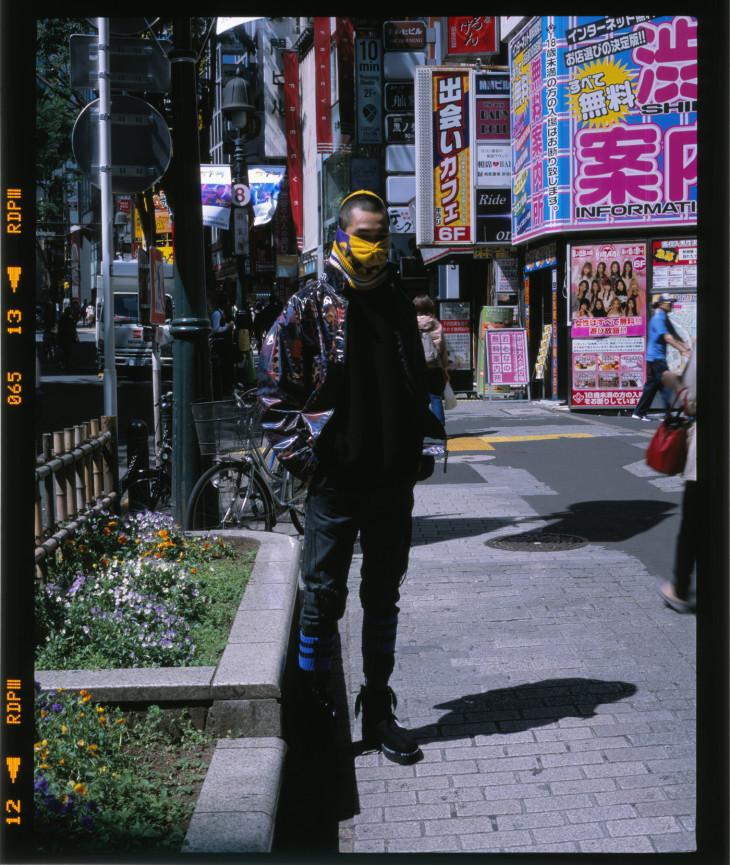 DOUBLET IS THE WINNER OF THIS YEAR'S LVMH PRIZE

For five years, the LVMH Prize has been one of fashion’s most coveted awards, offering a cash grant and invaluable support—along with endless press and industry attention—to a young designer under the age of forty. Each year, a shortlist is winnowed down to a group of finalists, from which the winner is selected by a coterie of creative directors and executives from the LVMH family, including Marc Jacobs, Karl Lagerfeld, Nicolas Ghesquière, Clare Waight Keller, and Humberto Leon and Carol Lim. In advance of this year’s award ceremony on June 6, The Last Magazine offered an in-depth look at each of this year’s nine finalists, including the winner, Doublet.

Don’t call what Doublet does streetwear. Or high fashion, at that. “Customers distinguish what it is for themselves,” says co-founder Masayuki Ino, and it’s true that an element of shapeshifting is at the heart of the brand, founded in 2012. Ino named it after a game invented by the author Lewis Carroll in which words are transformed into other words by changing just one letter at a time. This act of transmutation is what the designer tries to do too, taking common garments and adding singular subversive elements to create something new, whether it be stitching two halves of different t-shirts together, leaving embroidered lettering half-finished, or shredding pieces to leave them falling away into loose fringing—all done, crucially, with a hefty dose of playfulness and curiosity. “I’m trying to change the image of ‘normal wear’ into something that’s not yet been seen,” he explains.

A native of Japan’s Gunma prefecture, Ino started his career with a large fashion house, but soon resigned after realizing he couldn’t design exactly what he wanted. (This is a man who won’t settle.) In a practice that was surely a testing ground for Doublet’s mix-and-match æsthetic, Ino then started making bags and belts using scraps of leather donated by factories after hours. These pieces caught the eye of heavyweight Japanese designer Mihara Yasuhiro, for whom he ended up working as a footwear and accessories designer for seven years. All the while, he was dreaming up clothing ideas on the side. Doublet was eventually born after Ino teamed up with his Miharayasuhiro co-worker, pattern-cutter Takashi Murakami. Their first collection debuted in Spring 2013 and within a matter of months had won the Governor of Tokyo New Designer Fashion Award. The brand has since gained stockists like SSENSE, Dover Street Market, and 10 Corso Como, plus released an apparel collaboration with the latter. Just earlier this year, Ino was named a finalist for the LVMH Prize. Impressive considering Doublet is Ino’s first real foray into clothing—but a background in shoe design proved an inspiration rather than a hindrance. “The need to make a comfortable shoe, to prevent foot pain or discomfort, is a design limitation,” he says. “I design clothes with the same thought in mind.” The key, he explains, is not overcomplicating the process—not over-designing or adding too many disparate details.

Working within self-imposed confines is an ethos at the core of Doublet’s entire design process. When it comes to deciding on a standout detail, “I pick only one idea per item of clothing,” says Ino. It might be a tongue-in-cheek hazard warning label, as seen on a blue puffa jacket for Fall 2018, or detailed, layered embroidery over the stripes on track pants (fast becoming the brand’s trademark). But you won’t find any element that makes the clothing uncomfortable to wear, because this would interfere with the brand’s overarching ambition—to create “everyday clothes.” What that entails is, of course, subjective, though recent collections take cues from leisure and streetwear culture, with casual separates like hoodies, track pants, and raglan tees forming the basis, along with standout pieces of oversize, slouchy tailoring thrown into the latest collection. But by way of defining his target audience, Ino offers up that he doesn’t have a particular customer in mind: “I just design clothes that I really want to wear.” If these are clothes inspired by his personal tastes, it’s clear that Ino has a great sense of humor. There’s a definite irreverence running through Doublet’s work, from the plastic-covered shirts for Spring 2018 (they come in a sealed bag and can be unfurled with the plastic still attached) to the metallic silver, hamburger packaging-print trousers and Doublet-branded luxury hotel-style bathrobes for next season. There’s a strong punk feel to the whole thing, something anarchic and fun, with references to pop culture and mass consumerism bouncing all over the place.

Campaign collateral also demonstrates this playful spirit—like the surrealist videos the brand releases, including one showing a cast of three doing aerobics in the collection to music that keeps getting faster and faster. It’s weird, it’s funny, and it doesn’t take itself too seriously. The brand’s shoots are in on the act, too, with their lo-fi æsthetic bringing to mind art magazine street style shoots. The Fall 2018 lookbook captures a cast of fresh-faced models on the streets of Tokyo, in shops, playing with vegetables, and in back alleys messing around with the dumpsters.

As for the future of the brand beyond 2018? That mischievous streak is going nowhere. Ino says his main aim is to continue what he’s started: opening up new channels of communication between consumers and their clothes. And, most importantly, he plans to do so “with a sense of humor.” Because, after all, as he is quick to remind, “fashion can make people smile.”

For more information, please visit Doublet-JP.com. Take a look at our feature ROKH, the winner of this year’s Special Prize, along with the rest of our portfolio of all nine 2018 LVMH Prize finalists, including A-Cold-Wall, Botter, Charles Jeffrey Loverboy, Eckhaus Latta, Kwaidan Editions, Ludovic de Saint Sernin, and Matthew Adams Dolan. All accessories by Doublet.